We run to angry people all the time. Whether your are in Customer Service and dealing with angry customers or school administrators dealing with angry parents, handling an angry person and being able to lead them to a more calm — and logical — state can be a very desired skill.

The most common mistake that people make is to assume that when someone is out of control, we should calm our voices so that they calm down too. The assumption is that the other person will match us and a calm and logical conversation can then take place. Unfortunately,  this rarely happens. Instead, because of the calm demeanor, the complainant doesn’t feel heard. Their rationale is that since the listener is not as outraged as they are, they must not have been listening or they don’t believe what was shared. The result is no trust so the person remains angry and outraged.

A better approach is called “Pace and Lead”. The first step is to match the complainant’s emotional intensity. This is not agreeing with the person. This is simply responding with the same emotions that are being presented. If a person is complaining that the delivery person scratched the new dryer as they installed it and was outraged, the customer service rep would respond in an outraged fashion: “They what! You’ve got to be kidding! If that happened, it’s unacceptable!!” This is pacing. After matching the emotional intensity, the rep would begin to, slowly, de-escalate the intensity to a normal level, leading the complainant to a state that is more productive for dealing with the problem. This is leading. If at first the representative tries to lead, but the complainant fails to follow, the rep would simply raise the intensity level again and then try to lead the complainant back down again. This is repeated until successful. I’ve dealt with irate individuals in this fashion and am usually able to have them down to a productive level within 2 – 3 minutes.

This approach allows a complainant to feel heard and provides the best way to reach a calm and logical state quickly. 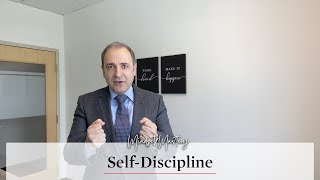